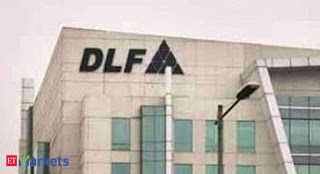 GURUGRAM: The department of town and country planning (DTCP) has identified around 1.000 buildings in three blocks of DLF phase 3 that allegedly violated plans sanctioned by the authorities.The owners of these buildings, which have been constructed on plots meant for the Economically Weaker Sections (EWS), have been found to have raised extra floors and carried out unauthorised constructions even after procuring occupation certificates (OCs).The enforcement wing of DTCP carried out a survey of the buildings in S, U and V blocks of DLF phase 3 after receiving complaints from residents.District town planner (enforcement) RS Batth said the department was checking the status of buildings on three counts — whether the developers have taken OCs or not, if they have made illegal constructions after getting the certificates and whether the structures are under construction.“We have got details of around 1,000 buildings in the area. After tallying their details with departmental data, we will soon be initiating action against the offenders,” he added.The move followed complaints by residents about the quality of construction and the overall safety of the buildings.During the survey, it was found that the plot owners had used up 100% of their area, constructed 6-7 storeys in violation of the plan and combined two or more plots to build commercial structures like offices, shops and eateries.According to Batth, these buildings have come up over the past 10 to 12 years. The department, he said, is studying the OCs issued to buildings in DLF 3 during this period.“We have written to the developer to share a plot-wise list of the area, details of ownership transfers and the action plan for the suspension of services provided to the property owners who have constructed additional floors,” he added.The licences for residential colonies are granted under the provisions of the Haryana Development and Regulation of Urban Areas Act, 1975, and Haryana Development and Regulation of Urban Areas Rules, 1976.Under them, around 15% of plots in licenced colonies are reserved for the EWS category.

“While approving the zoning plan, it had been categorically mentioned that only one dwelling unit is allowed in this category of plots (EWS). Further, 66% of ground coverage and 2.64 floor-area ratio (FAR) is allowed in keeping with the prevailing policy,” Batth said. 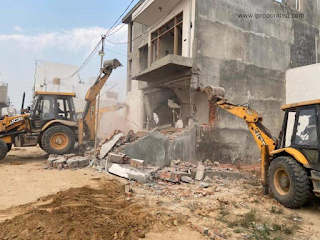