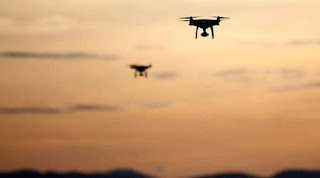 “Government of India has given approval to get the mapping of revenue estates (agricultural land) done through Survey of India and the expenditure for this work will be borne by the state government."

HARYANA HAS completed the work of drone mapping of the Lal Dora villages and now the work of mapping of revenue estates (agricultural land) will be started by the Survey of India from August 31.

“A target has been set to complete it in the next six months,” said ACS (Revenue), Sanjeev Kaushal while reviewing the SVAMITVA Scheme with the deputy commissioners of the district through video conference here Saturday.

“Government of India has given approval to get the mapping of revenue estates (agricultural land) done through Survey of India and the expenditure for this work will be borne by the state government. To end the practice of Lal Dora – which has been prevalent in the State since 1908 during the British era – an exercise has been started in Haryana. Under this, the mapping of Lal Dora of around 6,329 villages of 22 districts of the state has been completed till August 24, of which data processing of 5,333 villages has been done by Survey of India. Under the SVAMITVA Scheme, 1,63,262 properties have been registered in 1990 villages and 1,59,041 property cards have been distributed in 1,963 villages. Efforts are being made to expedite the registration process by conducting special campaigns and organising camps in villages. Total project outlay is of Rs 150 crore. The work of registration and distribution of title deed is also involved in this and will be completed by October 31, 2021,” Kaushal said.

He added, “The property of the Lal Dora-free village will get special recognition and loan will also be sanctioned by the bank on immovable property and the villagers have also got the right to sell and buy their property. Also, the matters related to SVAMITVA scheme have become controlled due to this.”

Kaushal also urged the district deputy commissioners to ensure wide publicity of registration of properties of land owners being done free of cost under the SVAMITVA project in the villages. Therefore, all the villagers should register their property coming under Lal Dora in tehsil/sub-tehsil and take advantage of this facility being provided by the government free of cost.

Lal Dora land in every village in Haryana is generally used for residential purposes without any revenue record.  The term ‘Lal Dora’ was first used in 1908 to define basti (population) land of a village and was used only for non-agricultural purposes. To separate Lal Dora from agricultural land, the revenue department used to fix Lal Dora around the village extension land.

“Lal Dora was exempted from building by-laws/construction laws/scheduled areas etc., which led to the growth of these properties. Earlier there was no registry for house or land in Lal Dora and this led to conflicts between families and societies. Despite owning a property, there were no papers to establish the ownership of the property and there was no proper demarcation of the land used by the villagers and owned by the panchayat. Due to which public places, playgrounds, ponds, drains etc. were encroached upon in the villages,” Kaushal added.